The Land between Two Seas 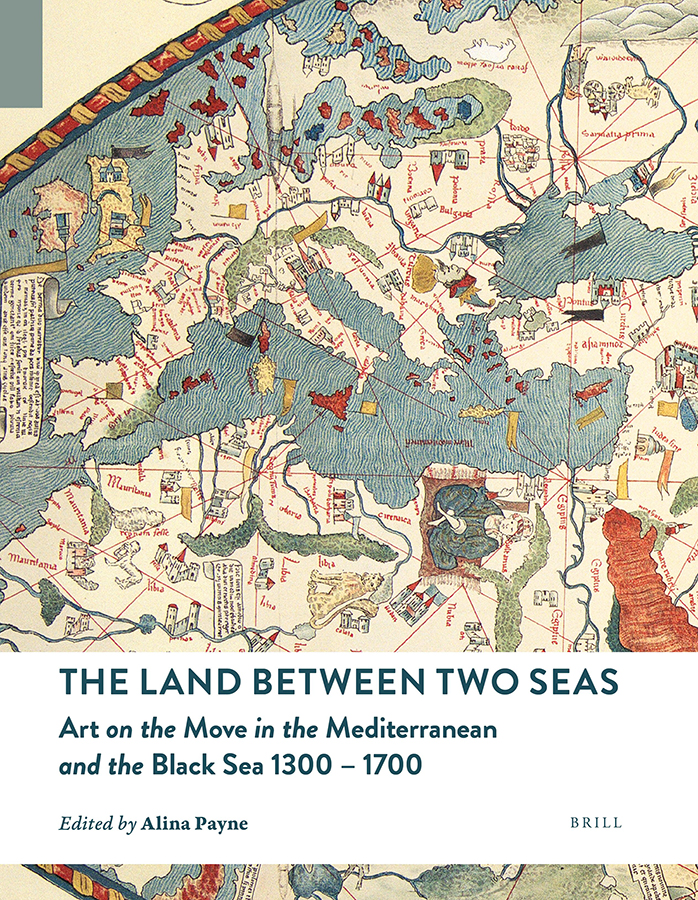 The newly published book "The Land between Two Seas: Art on the Move in the Mediterranean and the Black Sea 1300-1700", edited by Alina Payne, published by Brill, gathers among others chapters by Joško Belamarić (The Villa in Renaissance Dubrovnik. “Where Art Has Tamed Wild Nature”), Darka Bilić (Daniel Rodriga’s Lazaretto in Split and Ottoman Caravanserais in Bosnia. The Transcultural Transfer of an Architectonic Model), Daniel Premerl (Visualizing Illyrianism in UrbanVIII’s Rome), and Ana Šverko (Peripheral or Central? The Fortification Architecture of the Sanmichelis in Dalmatia).

The book is the result of a Harvard University postdoctoral seminar funded by the Getty Foundation, dedicated to the relations of center and periphery and East and West in art and architecture from 1300 to 1700 in the land between the dynamic shores of the Adriatic and Black Seas.

The program began in 2014 and consisted of three traveling seminars, two workshops and a conference, held in nine countries. Joško Belamarić was a member of the mentoring team, while Bilić, Premerl and Šverko were members of the international group of seminar participants.

The book is available online, and from July 17 2022 will be available as hardcover.

-
"The specific geographic area this volume addresses is hence unsurprisingly difficult to define in our contemporary terms since current nation-states have little to do with the more amorphous and variable boundaries that were constantly being drawn in this period. However, having said that, it is precisely this state of amorphousness that is being unpacked here; it is this geographic instability that was the glue binding territories and cultures together in ways so different from today and that the essays seek to explore (...) From an art-historical perspective, beyond territory, the second main issue the volume proposes to deal with is the agency of objects. Thus, another important coordinate is that of the portability and mobility of objects and people. And it starts from the observation that art objects—from paintings to architecture—have restless lives and, as a result, engage territory, that is, they have a geographical footprint. Put another way, the paths and itineraries art objects travel describe a field of impact or agency, a territory within which they generate and receive energy, and produce consequences commensurate with the disturbance they cause."

Alina Payne (from the Introduction)