Lectures at the Center for Women's Studies 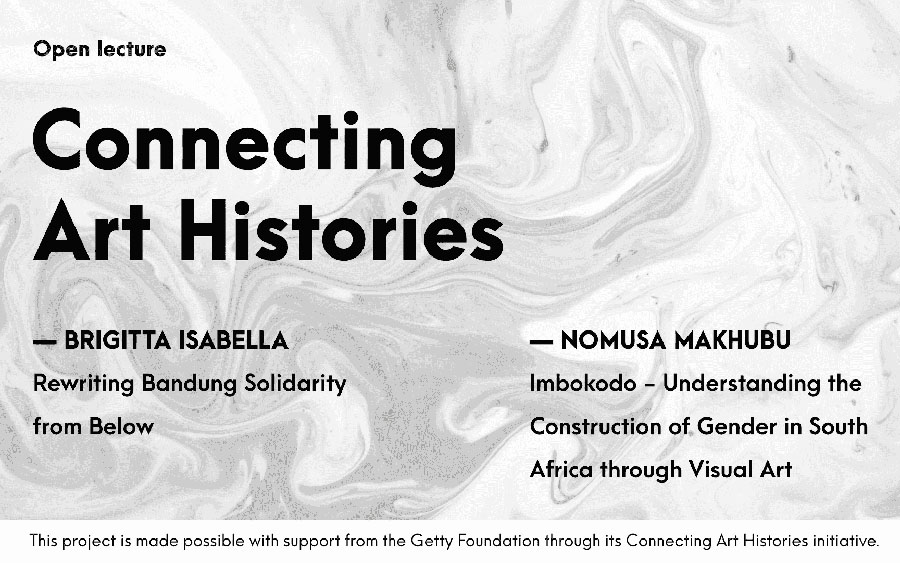 On Wednesday, January 22, 2020, two public lectures will be held as part of the research seminar on Gender Politics and the Arts of European Socialist States, which is organized at the Institute of Art History in Zagreb, as part of the Getty Foundation's Connecting Art Histories program.

The lectures will start at 5:00 pm at the Center for Women's Studies (Dolac 8, Zagreb).
The program will be held in English language, It is free and open to the public.

-
Brigitta Isabella’s research practices mainly evolve around the geo-poetical aspect of movement, migration and mobility, in which she wanders with critical theories and art history methodologies. She is the initiator of From Bandung to Berlin (http://frombandungtoberlin.com), an artistic research platform that thinks through and speculates within the historical and geopolitical sites of the 1955 Bandung Conference and the 1989 Fall of Berlin Wall. She is affiliated with KUNCI Study Forum & Collective, a research space based in Yogyakarta, and takes part in the translocal editorial collective of Southeast of Now: Directions in Contemporary and Modern Art In Asia journal.

-
Nomusa Makhubu (BFA, MA, PhD, PGDHE, Rhodes University) is an art historian and artist based at the University of Cape Town. She is the recipient of the ABSA L’Atelier Gerard Sekoto Award (2006) and the Prix du Studio National des Arts Contemporain, Le Fresnoy (2014). Makhubu is the chairperson of Africa South Art Initiative (ASAI). She is a member of the South African Young Academy of Science (SAYAS). Makhubu is an American Council of Learned Societies (ACLS-AHP) fellow and was a research fellow of the Omooba Yemisi Adedoyin Shyllon Art Foundation (OYASAF) in Nigeria, Lagos. Makhubu was a committee member of the National Arts Festival. She was a recipient of the CAA-Getty travel award in 2014. She co-edited a Third Text Special Issue: ‘The Art of Change’ (2013) and later co-curated the international exhibition, Fantastic, in 2015. Her current research focuses on African popular culture, photography, interventionism, live art and socially-engaged art. She lectures Art History and Visual Culture at the University of Cape Town, South Africa.